The Making of Interitas: Editing a Manuscript 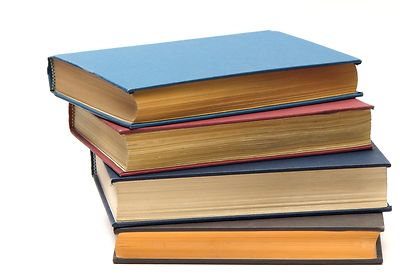 I know it’s been awhile since I have posted last and for that I apologize. Despite my best intentions, life keeps getting in the way of what I’d really like to do. Some of what has kept me busy for the last few months has been fun (they made my movie and hired me to write another) and some not so much (my lung collapsed for no good reason… twice!).

But now that the new year is officially here, it’s time to get back to talking about Interitas. I won’t call it a New Year’s resolution, but let’s just say I am resolute about it and leave it at that.

The last blog post was about how I got from writing a novel to the decision to self-publish it. Here, I’m going to talk about the steps I took from that decision to making it actually live.

The first, and most crucial, decision I made was to hire a real-life, honest-to-gosh, editor. Sure, I had people read the book and they gave me some suggestions, but not in the way that a true, professional editor can. There are a bunch of different types but the most critical to the self-publishing process are the developmental editor and the line editor.

The developmental editor will read your novel and give you thoughts about the overall structure, the plot, the characters, and whatever else you might be worried about. A good editor will not only point out problems but try to guide you in ways in which to fix them.

There are bazillions of freelance editors out there and you can find them by a simple web search, but I recommend using the Editorial Freelancer’s Association website. They have a handy tool that will allow you to search by name, location, specialties, skills, and then give you a list that allows you to browse through the bios of their members. I used this search to narrow down the list primarily using geography (I wanted someone in the same time zone in case phone calls were necessary) and the types of literature they had edited before. As I went through the list, I tended to gravitate toward people who had their own personal or professional websites listed so I could do a bit more research on the individual to find out style, tastes, history, and (hopefully) costs.

I narrowed it down to a handful and then I sent inquiry letters to each of them. It was short and simple, like this:

Hi – I have a novel that I would like some help with, probably utilizing your Developmental Edit services. The primary things I want to address are the structure – which is necessarily complex because of the sweep of the story – and the length, which is long. Like, epic long at about 153,000 words. I’m planning on self-publishing. I have looked through your website and pricing and get the basic gist, but I’m hoping we could maybe have a consultation to talk about the concept, the needs, and your availability to determine if we are a good fit with each other. Please let me know if you charge for the consultation and what you think would be a ballpark figure for the overall project. Thank you very much for your time.

That last bit is important. If they want to charge you for a consultation, run away.

Several of the editors opted out because they couldn’t take on any new clients but I got a few bites and wound up having a phone call with them to talk about my book, what I was looking for, why they would be the best editor for the job, and what they would charge to do it. From there, it really was just a matter of picking the one I felt most comfortable with. I used Girl Friday Productions out of Washington, which has a wide variety of book-publishing services. They hooked me up with an editor whose name is Clete Smith, despite the fact that I thanked the non-existent Clete Jones in the acknowledgments of the book. You will note that an editor did not actually read that page so…

Clete was great. He helped me with some structural issues the early drafts had, gave me some thoughts about specific characters or scenes that might be problematic, and gave me great advice on how to trim down the word count without losing the great stuff in the book. Using his tricks, I managed to get it down from 153,000 words to about 120,000 – a 20% reduction! Clete really helped me make the book better.

The other type of editor is the line or copy editor. They are the ones who will go through the book and catch all of your typos, dumb grammar, and more. I wound up using the Create Space service since they had good prices and could carry the book all the way from this step through production and distribution since they are owned by Amazon. The line editor found a lot of mistakes that I hadn’t noticed but no one is perfect – there are still a couple of errors in the book (other than the whole Jones/Smith thing mentioned above). Maybe I’ll have a contest to see if anyone can find them!

In my next post (which I promise won’t take two months to write), I’ll be discussion the actual publishing and marketing of a self-published book.