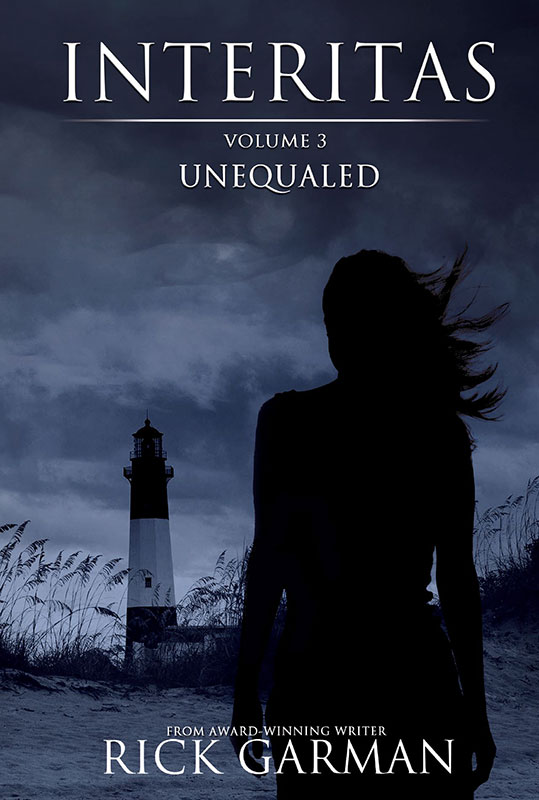 It’s late August in Savannah, and the city is sweltering under the summer heat and humidity that envelops it like a shroud. The skies are crystalline blue, and there isn’t cloud to be seen, but the residents are keeping a nervous eye on the horizon, for there, a monster lurks. Some one thousand miles to the southeast, Hurricane Lorelei has been upgraded to a powerful category four and shows no signs of slowing down on its relentless march toward the city. If it doesn’t change course, it could unleash a fury on Savannah unequaled in its intensity.

This looming threat hovers over the third installment of the Interitas series, Unequaled, which promises to be the most intense, pulse-pounding volume yet.

Sixteen-year-old Caden and her family and friends have never been more fractured, torn apart by tragedy and betrayal. When the long-sought answers to life-and-death questions are finally revealed, it sets off a chain of events that will forever alter the course of their lives and put all of them in the path of danger like they’ve never seen.

The threats come from all quarters: a supernatural enemy returns to wreak havoc; a human face from Caden’s past vows revenge; and nature itself rises up as Hurricane Lorelei comes ashore, all leading to an epic confrontation between good and evil that not everyone will survive.

Interitas Volume 3: Unequaled – now available in print and on Kindle.