The Making of Interitas: What Took So Long? 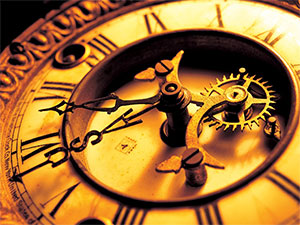 In my previous blog posting, I mentioned that I finished writing the novel in July of 2014. The book is going to be available to purchase next week and if you look at your calendar you’ll notice that there’s a bit of a gap between those two events. So why did it take 15 months to get the book published?

The first thing took some time was getting input from key people whose opinions I trust. I knew the book needed work – it was originally 153,000 words (or roughly twice the length of the first Harry Potter novel) and had a structure that basically kept the main character Caden from being introduced until page 100. I wrote the book the way I needed to write it to get it out of my head but understood the entire time that it wouldn’t stay the way it started.

Some of the advice I got was great and some not so much but I took several months to revise the structure, going through drafts two, three, four, and five by the time 2015 rolled around. Comfortable with where it was, finally, I decided to pursue the traditional routes of getting a book published, namely trying to find a literary agent to represent it or a publishing house to read it.

Both of those things are daunting and time consuming, especially with a novel like Interitas. Even with the changes, the book was still too long for most publishers to even consider reading it. Many set limits at 100,000 words (or less) for this genre and others have very strict guidelines about the conditions under which they will accept submissions that more or less ruled my book out.

I spent the early part of 2015 cycling on this and then, to be completely honest, I just got busy. I was hired to write a TV movie and that took up a bunch of my free time and I was also co-chairing a big charity event in May that took up everything else (and then some). All that plus a full-time job and my ongoing Vegas4Visitors work meant that I just didn’t have time to really dig into publishing a book.

After the event was over and the movie was written, I took a hard look at the landscape and decided that self-publishing was going to be the best route. It would allow me greater flexibility in terms of being able to tell the story the way I wanted to tell it and would get the book to market quicker.

I self-published a book a few years ago – Jake Davenport PI and the Case of the Missing Cha Cha Heel – but I really just did it all myself and didn’t really promote it other than to send an email to a few friends. I wanted Interitas to be different – it deserved a real effort to make it the best it could possibly be.

In my next post I’ll be talking about the steps that it took to get from the decision to self-publish to the point where it is available to buy.